Rattlesnake Ledge is a relatively moderate hike in Washington’s Central Cascade Mountains. A popular trail, especially in the summertime, hikers are rewarded with stunning views and Instagram-worthy panoramas at the top. 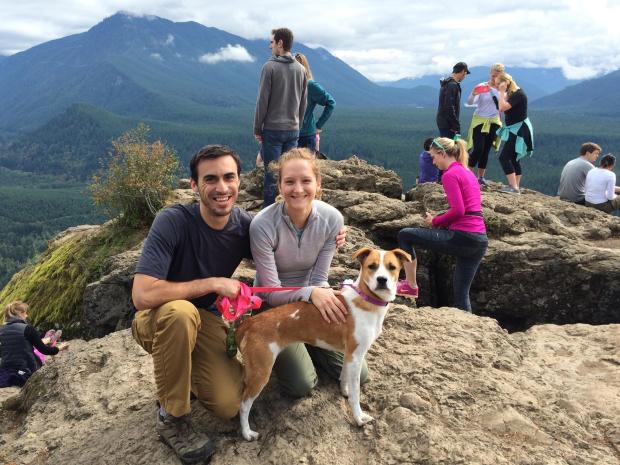 The trail starts at a family-friendly park by Rattlesnake Lake. When we went, the lake was very low, but when it’s been a good winter it’s supposed to be suitable for swimming and kayaking. The park makes it a great option for families and groups; folks who don’t want to do the hike can hang out by the lake. 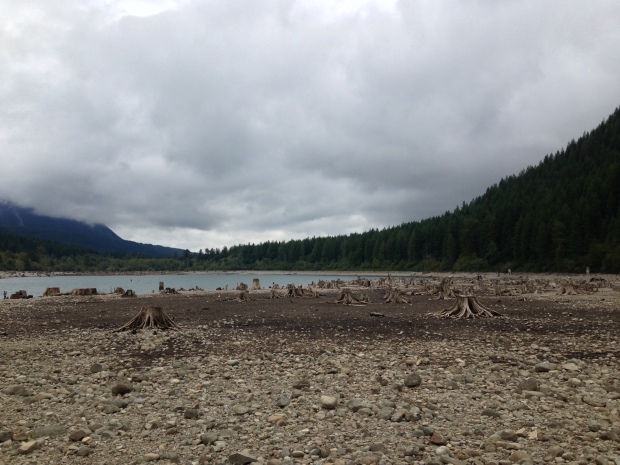 Less than an hour from Seattle, Rattlesnake Ledge is a great day trip. The trail winds through beautiful forest, with a few lookouts over Rattlesnake Lake as you ascend, and is nice and wide and well-maintained.

This was one of the first hikes we took Aspen on when adopted her. She’s a great hiker, and–as we discovered–apparently a really great rock scrambler! 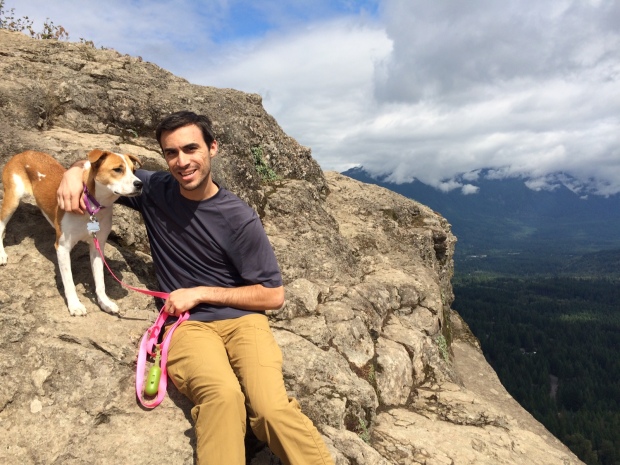 Go early if you want to avoid the crowds, and watch your little ones and dogs at the ledge(s) when you reach the top–there are some sheer cliffs.

Terrain: Dirt; not too steep; includes many switchbacks; well-maintained

Just minutes from where we live, Mercer Slough Nature Park is the largest freshwater wetland of Lake Washington. More than 320 acres of wildlife habitat, agriculture, and freshwater wetland make up one of Bellevue’s largest parks, which also includes a canoe/kayak launch and unique trail through the slough.

These photos were all taken with an iPhone, since I didn’t want to bring my DSLR along for this wet activity!

We rented a tandem kayak and paddled our way through the trail in under two hours. This is a really unique kayaking experience if you’re used to ocean or lake kayaking. Once you pass under the I-90 bridge, you enter another world. With lush foliage all around, lilies growing at the water’s edge, and only the sound of the paddle slicing through the water you feel like a true explorer.

This is a great spot for birdwatching as well. We saw great blue herons, ducks, and geese, as well as others we couldn’t name. 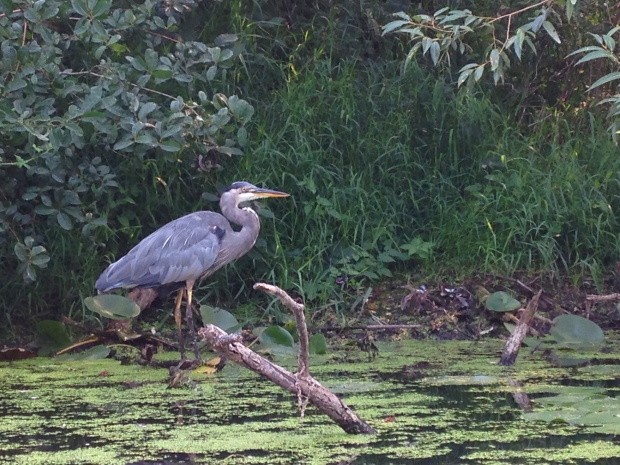 If you’re looking for a low-key adventure in the Seattle/Bellevue area, we highly recommend checking out Mercer Slough Nature Park. Even if you’re not a big kayaker, there are many trails, a visitor’s center, environmental education center, picnic areas, waterfront, and a blueberry farm, which sells fresh seasonal produce! 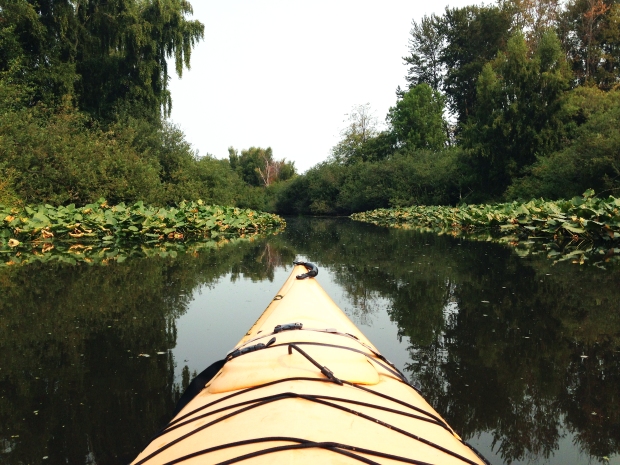 Everett, Washington, is an airplane buff’s dream. Everett is probably best known for the Boeing aircraft factory, which boasts the largest building, by volume, in the world and where plans such as the 747 are assembled. However, it is also home to the Flying Heritage Collection. This collection is a group of rare and historic aircraft with an emphasis on WWII combat aircraft. These iconic warbirds are part of Microsoft co-founder Paul G. Allen’s private collection of historical artifacts. Being an aircraft buff, and growing up with two likeminded brothers, I have been to some of the best aviation museums in the country, from the Smithsonian’s National Air and Space to the National Museum of Naval Aviation, and I have to say that this is one of the best collections of WWII aircraft I have ever seen.

One of the most unique things about this amazing collection is the fact that the aircraft aren’t meant to just be viewed by the public while in the hangar. These planes have been restored to the highest quality so that they can take to the skies once again for the public to appreciate. The majority of the plans are flightworthy, so if you see an aircraft that is missing its front engine, don’t worry–it’s just part of the maintenance! The bulk of the collection consists of WWII fighter aircraft that flew in the European theater. Aircraft such as the famed Supermarine Spitfire, Hawker Hurricane, and Messerschmitt 109 are just a few examples of what the collection has to offer.

And, of course, I don’t think any WWII aviation museum would be complete without the classic P-51D Mustang. This collection also has aircraft from the Pacific theater, such as the Japanese Zero and the American P-40 Tomahawk.

This is the only twin-engine bomber in the collection, but it sure is a beauty. It is a North American B-25J Mitchell, the same type of aircraft that took part in the famous Doolittle Raid over Japan during WWII.They were getting ready to retract the landing gear on this  while we were walking around. Although the emphases is WWII aircraft, they also have a few modern aircraft as well. You can see a complete list on their website: www.flyingheritage.com.

Besides aircraft the facility also houses many other artifacts from WWII. A German V-2 rocket stands tall at one end of the facility, and there are a couple of  WWII tanks as well. There are also a few of the very deadly and famous German Flak 37 88MM guns in one of the hangars.

I’m glad that my wife likes aircraft museums like me!!!!

The Flying Heritage Collection is located on Paine Field in Everett, WA. One of our favorite things about the museum were the docents in both hangars from the Friends of Flying Heritage organization. These veterans are able to tell you anything you want to know about the planes and are more than willing to give you a tour of the facility. The museum also has numerous events throughout the year that are fun for all ages. If you’ve never seen a warbird fly they have free fly days for spectators to enjoy. All in all it was a fun outing for me and my wife. We defiantly plan on attending a fly day in the future to see the aircraft in action.